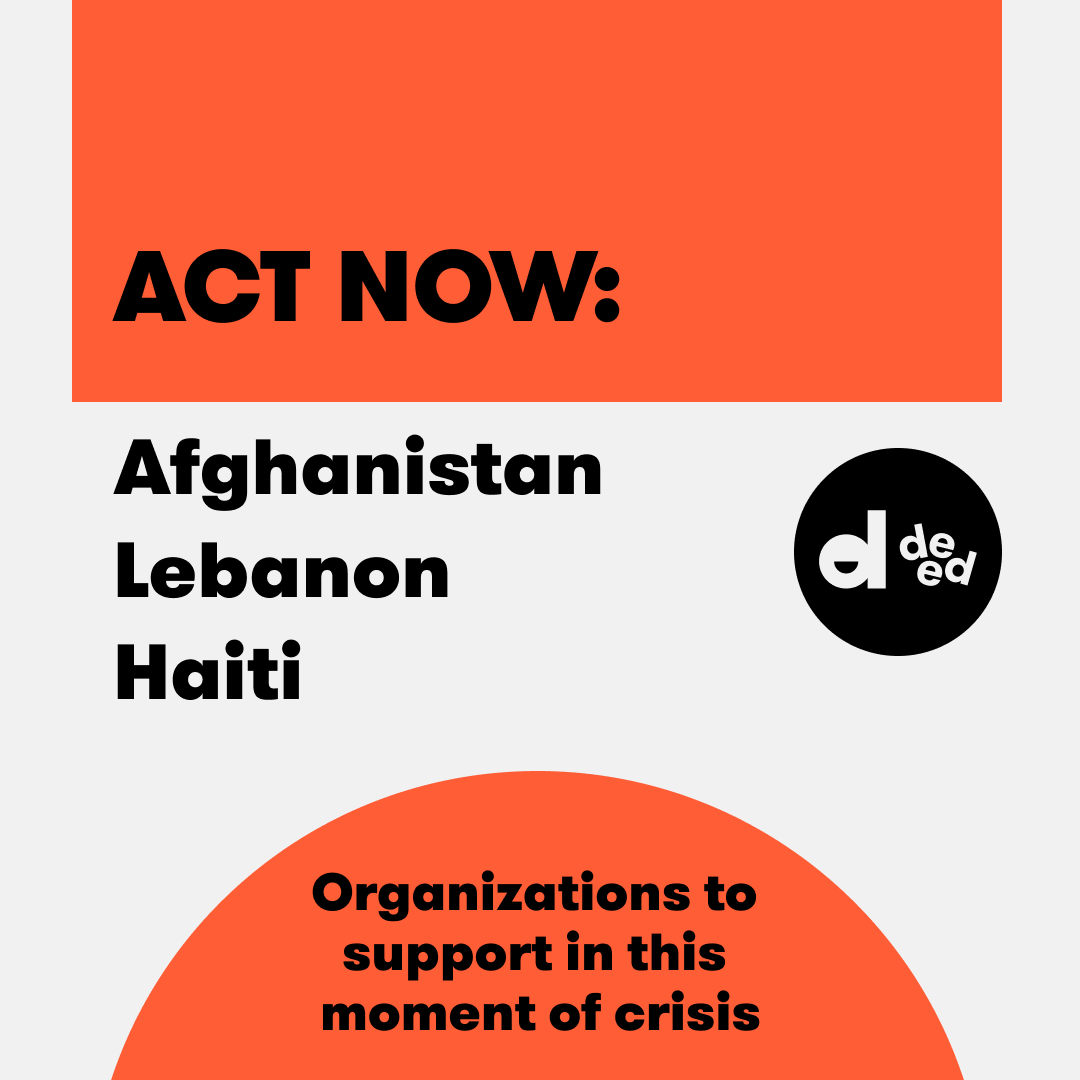 Right now, there are multiple crises happening across the globe. At Deed, we want to empower people to take action and offer their support. Here are a few nonprofits you can donate to on Deed today.

Introducing Cause of the Month: Not Your Typical Approach

What do all of our favorite socially-conscious brands and companies have in common?
Read More

Cause of the Month Toolkits

Each month we highlight a different Cause of the Month and create a toolkit with actions and...
Read More

If you're looking for ways to support Louisiana in the wake of Hurricane Ida, consider donating to...
Read More