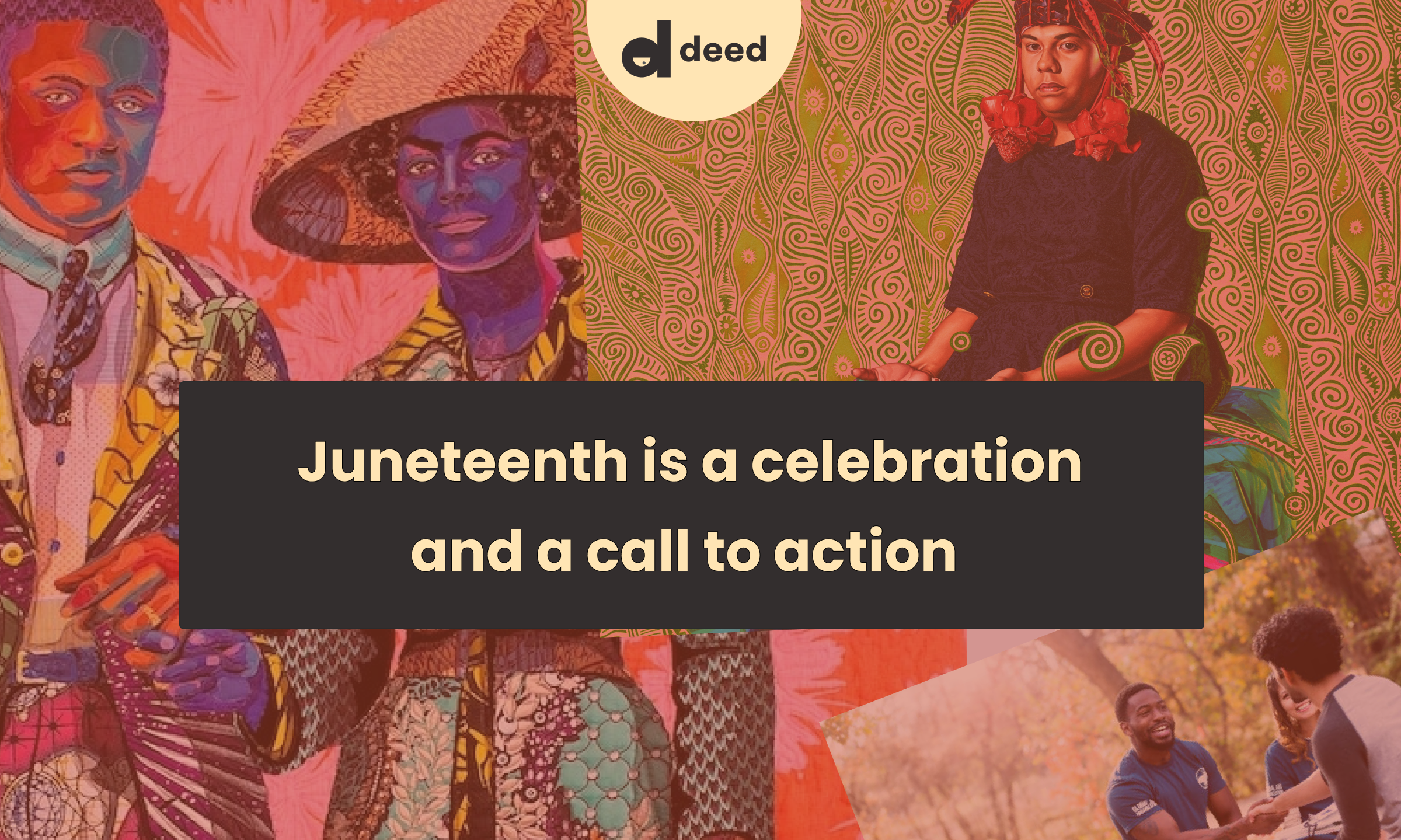 Juneteenth is a celebration—and a call to action

On June 19, 1865—two and a half years after the Emancipation Proclamation was issued—news of the end of slavery finally reached Texas. Since then, and especially in the wake of the 2020 Black Lives Matter activism, Juneteenth (also known as Jubilee Day, Liberation Day, and Emancipation Day) has become a time to recognize and celebrate the culture, contributions, and achievements of Black and African Americans. It is also a time for the United States to reckon with and heal from the lasting impact of slavery.

As systemic racism and inequity remain deep-seated in our institutions today, the dream of justice remains elusive. This Juneteenth, June 19, 2022, we invite you to uplift the beauty of Blackness, and to prepare for all the hard work to come.

The ACLU dares to create a more perfect union—beyond one person, party, or side. The organization fights to defend and advance civil rights and liberties, including immigrants' rights, criminal justice reform, LGBTQ rights, voting rights, free speech, and reproductive freedom.

Color of Change leads campaigns that build real power for Black communities. They challenge injustice, hold corporate and political leaders accountable, commission game-changing research on systems of inequality, and advance solutions for racial justice that can transform our world.

Hip Hop Caucus is a Black-led organization with a mission to strengthen social, economic, and environmental movements by empowering communities who are impacted first and worst by injustice.

Founded in 1996 by critical race theorist Kimberle Crenshaw, the African American Policy Forum (AAPF) is an innovative think tank that connects academics, activists, and policy-makers to promote efforts to dismantle structural inequality. AAPF is dedicated to expanding and advancing racial justice, gender equality, and the indivisibility of all human rights, both in the U.S. and internationally.

The Gullah-Geechee Cultural Heritage Corridor is a National Heritage Area established by the U.S. Congress to recognize the unique culture of the Gullah Geechee people, who have traditionally resided in the coastal areas and the sea islands of North Carolina, South Carolina, Georgia, and Florida.

Soul Fire Farm is an Afro-Indigenous-centered community farm committed to uprooting racism and seeding sovereignty in the food system. They raise and distribute life-giving food as a means to end food apartheid.

The Equal Justice Initiative (EJI) is a nonprofit, human rights organization committed to ending mass incarceration and excessive punishment in the United States, challenging racial and economic injustice, and protecting the basic human rights of our most vulnerable people.

Since 1983, Black Women Health Imperative has been the only national organization dedicated solely to improving the physical, emotional, and financial health and wellness of the 21 million Black women and girls living in the United States.

Code2040’s mission is to activate, connect, and mobilize the largest racial equity community in tech, which will dismantle structural barriers to full participation and leadership that Black and Latino people face in the innovation economy.

Download the toolkit and do something good this Juneteenth. >>

Tags: Blog, Toolkits
Back to Blog

Introducing Cause of the Month: Not Your Typical Approach

What do all of our favorite socially-conscious brands and companies have in common?
Read More

Donation credits can be a key component of a workplace giving program. They are dollars pre-seeded...
Read More